What are LUFS and what are they for? 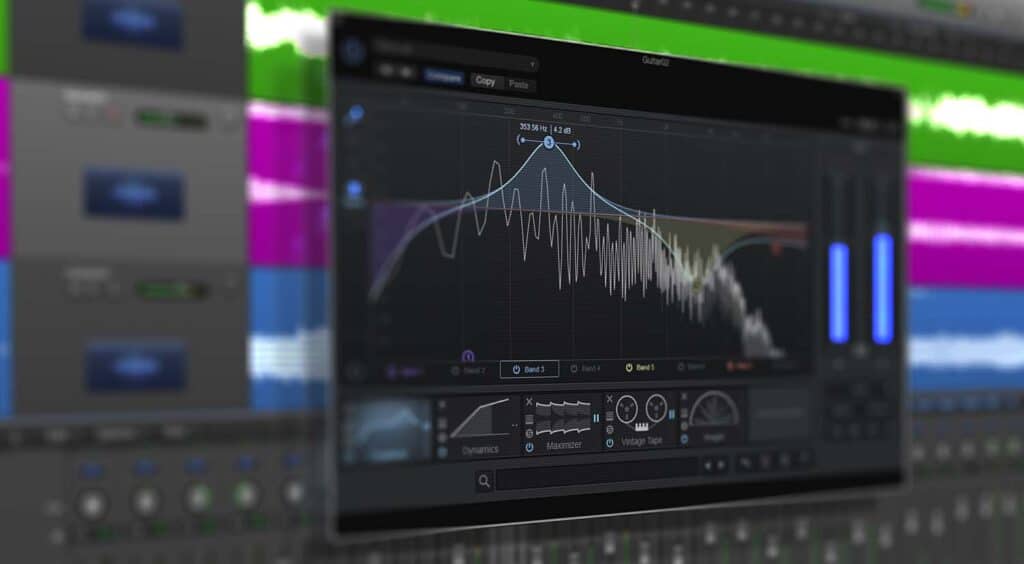 Have you ever been listening to music when suddenly the next song starts and it's so loud that you have to turn down the volume? Or the other way around: you have to raise the volume a lot so that the new song sounds as loud as the old one. This happens when the music is not mastered at a constant volume (whether on an album, on different streaming sites, etc.) and therefore the perceived volume becomes noticeably unbalanced during playback.

To avoid exactly these problems, the LUFS were developed, a standard for volume measurements. This allows each platform to specify LUTS so that mastering engineers know what volume to master the song to.

In this article we explain what you need to know about LUFS, the new way of measuring levels in audio, and what it means to use it in music production.

LUFS is a new method for measuring audio levels and loudness. It takes into account human hearing patterns that correlate better with reality than other measurement methods, such as dB.

What was the LUFS invented for?

There were 2 main objectives in the invention of LUFs:

Loudness in the last century - "The Loudness War

The war for volume on streaming platforms like Spotify, Apple Music or YouTube is over or about to end.

For years, mastering engineers have fought over the loudest tracks. The assumption has been that a song is perceived as "better" or "hornier" if it is louder.

Sound engineers in the world of radio and television have been trying for some time, through various initiatives, to avoid abrupt volume jumps between programmes and commercials, as such jumps interfere with the enjoyment of the user, who then changes the channel during commercial breaks because he is startled.

These concepts were eventually adopted by other digital music streaming platforms in a similar way, such as Spotify, Tidal or Apple Music.

The purpose of these regulations is to standardise or normalise the average loudness value rather than the peak values that have been used so far.

The goal is to achieve a average for the entire program.

In this way, the aim is to ensure that the volume, which is closely related to the average level, of a programme and of the commercial breaks is uniform.

The realisation has two parts, one in the production and the other in the reproduction by the final medium.

That's why it's extremely important to master too loudly rather than too softly, because you never know how your song will sound when Spotify raises the volume with a limiter. Your mix can change, and suddenly the bass or vocals can be too loud.

If the nominal level is e.g. -14 dB (Yes, LUFs are also measured in dB!) and the file has a level of 10 dB when analysed, i.e. 4 dB above, this information is stored and when the file is played, the level is reduced so that it corresponds to the default level suggested by the platform.

Considering that most digital streaming platforms have this system built in, it no longer makes sense to look for the maximum possible volume, as the platforms bring the volume to the level they set and any deviation is corrected when the file is played.

So it's enough to make sure that the song at least meets the requirements of the platform, but doesn't fall below.

If mastering is done with the aim of achieving a high volume level, it only reduces our chances of getting good audio quality, as you have to distort the peaks, and the best possible representation of our music, as the platforms will automatically adjust the level at the end.

Instead, good mastering engineers these days can concentrate on just making the song sound good.

The paradigm shift levels the playing field between super productions and more modest productions, avoiding over-compression that leads to a loss of sound quality in transients, detail and clarity.

For EBU research, a new way of measuring average level was needed to get closer to the perception of loudness. The resulting measure is called LUFS (Loudness Units Relative to Full Scale).

The measurement has a frequency weighting component and an integration over time to match the way our hearing works. The integration can be short, 400 ms, short 4 seconds, or integrated, which includes the period from the start of playback to the pause.

Accordingly, different values are obtained during the measurement: Short Term (4 sec), Momentary (400msec) and Integrated (over the entire length of the song).

The average level we should aim for is given in LUFS and the optimal level depends on the platform we have to work with. The table shows some reference values for the LUFS level that the final master should aim for.

Although all these platforms aim for a different level, unfortunately the music aggregators on them usually only allow you to upload a digital file, so you have to cope with a compromise.

In such a case the compromise should be close to -14 LUFS, which is an intermediate value between the platforms and allows us not to aim for too high a level during mastering and thus achieve a result with more dynamics.

LUFS has established itself as the standard measure for mastering - but there are also other volume units. In the audio engineering world, one often encounters RMS values.

RMS measures - just like LUFS - the continuous audio level, not the instantaneous one. The difference, however, is that LUFS - due to better algorithm curves - much better represents the perceived loudness of the human ear.

LUFS provide a much more accurate analysis of the audio based on the so-called Munson curves. These curves represent the way we humans perceive sound much better than the measurement technology behind RMS.

One difference, for example, is that we humans can hear mid frequencies much more easily than bass frequencies. So a very bass-heavy song might indicate a high RMS level - just like a song with a very loud guitar. But we humans would perceive the song with the loud guitar as louder because our ear is simply much more sensitive to these frequencies.

However, in this case, the LUFS level for the song with the loud guitar would be higher than that of the bass-heavy song. And that's exactly why you work with LUFS in mastering.

This doesn't mean that you don't use RMS at all - quite the opposite. RMS is often used for mixing and recording, as many DAWs work with these values in the individual channels. Therefore, you should also know the basics and limitations of RMS.

LUFS: How do I ensure good levels?

Even though the new standard was developed to avoid an excess of compression/limiting, the real levels are also measured here. We need to measure the peaks with a real peak meter that calculates what happens when we switch the signal from digital to analogue.

The purpose of this measurement is to avoid the distortion that occurs with some converters and especially when creating a file with data compression such as mp3 or AAC. This type of file increases the final level of the master and can therefore cause distortion.

The standard suggests that the peak values are - 1 dBTP/-0.5dBTP, True Peak. This way you are always on the safe side and avoid distortion. Meters that have the LUFS standard usually include the true peak measurement.

The WLM Loudness Meter from Waves is in my opinion the best plug-in to measure the level. It shows Short Term LUFS, Long Term LUFS and the dynamic range in a big way to have the most important values immediately in view.

I like simple, uncluttered plugins that do what they're supposed to do without too many features I don't even need - that's why I like this plugin so much. And it's cheap too! (approx. 30€)

YouLean is a free plugin that I can recommend to everyone. The most important LUFS values are measured precisely and even displayed graphically. Besides the level values, the Dynamic Range (difference in volume between the quietest and loudest levels).

You can change the view and have beautiful graphics displayed. And you can drag and drop another track and analyse it to compare the LUFS values with your track. Very practical!

I know this is not a VST plug-in, but it is an external monitor that can be used in conjunction with a plug-in in your DAW works. In the monitor you can see all the LUFS values measured by the plug-in. It can also work without the plug-in if you connect two audio cables directly to the unit, which is very useful for analogue setups.

Besides the LUFS values, you also have a detailed Vectorscope for L/R analysis, a Real TIme Analyser and a Balnce-O-Meter for L/R and M/S - all very helpful for mastering. 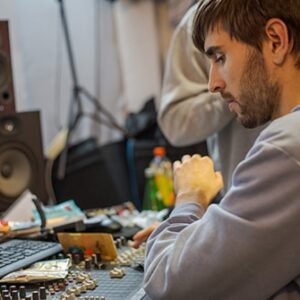 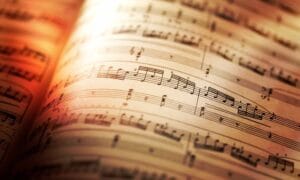 60 musical symbols and signs that everyone should know 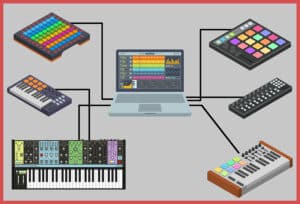 What is MIDI? A comprehensive overview of one of the most important inventions in music history 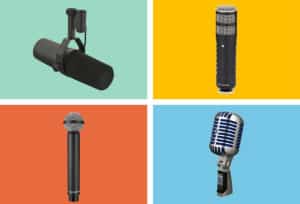 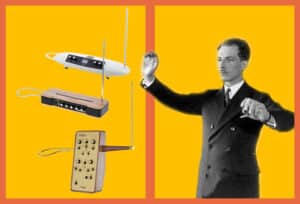 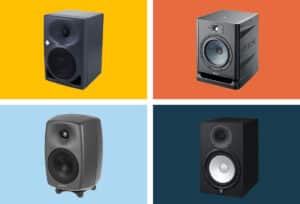 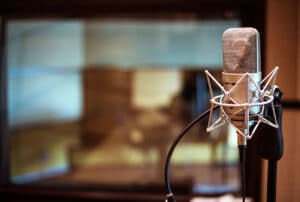 The 8 best microphones for rappers and singers in 2022 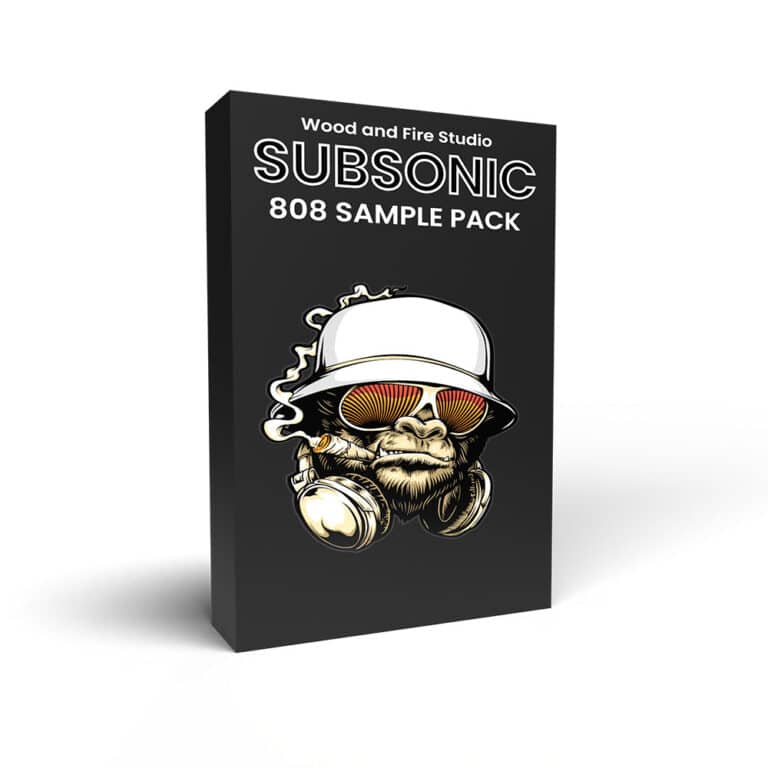 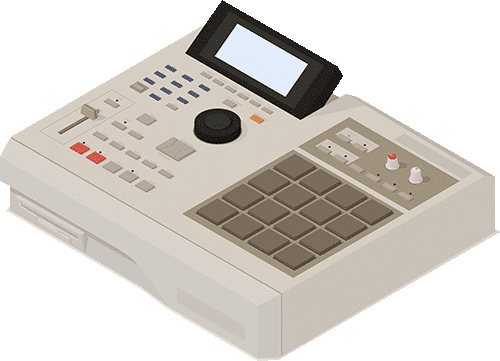